Fight for a new frontier!

After nearly 100 years of expansion in space, humanity has found itself split into two factions;
both foaming at the mouth for war.

On one side is the Sol Confederacy of Planets.
An old and bureaucratic institution that is known throughout for being corrupt and incompetent.

On the other side is the Frontier Republic.
A fledgling coalition of independent planetary governments, criminal organizations, and a self proclaimed king.

But way out in the fringes,

On a moon called Frontiers Reach,

On the eve of what will become known as the Frontier War...

A lone ship makes ready to leave for uncharted space in an effort to escape the coming conflict.

In Frontiers Reach you'll strap into a starfighter inspired by retro science fiction and Cold War era aviation design. Then you'll take on missions following an epic adventure across the stars before engaging in the wider conflict.

Though only 100 lightyears wide, the empire of humanity spans numerous worlds. From the most habitable to the most hostile, rare is the world that cannot be colonized and exploited by the efforts of humanities endeavor to grow and seed the worlds of the Milky Way with future generations. 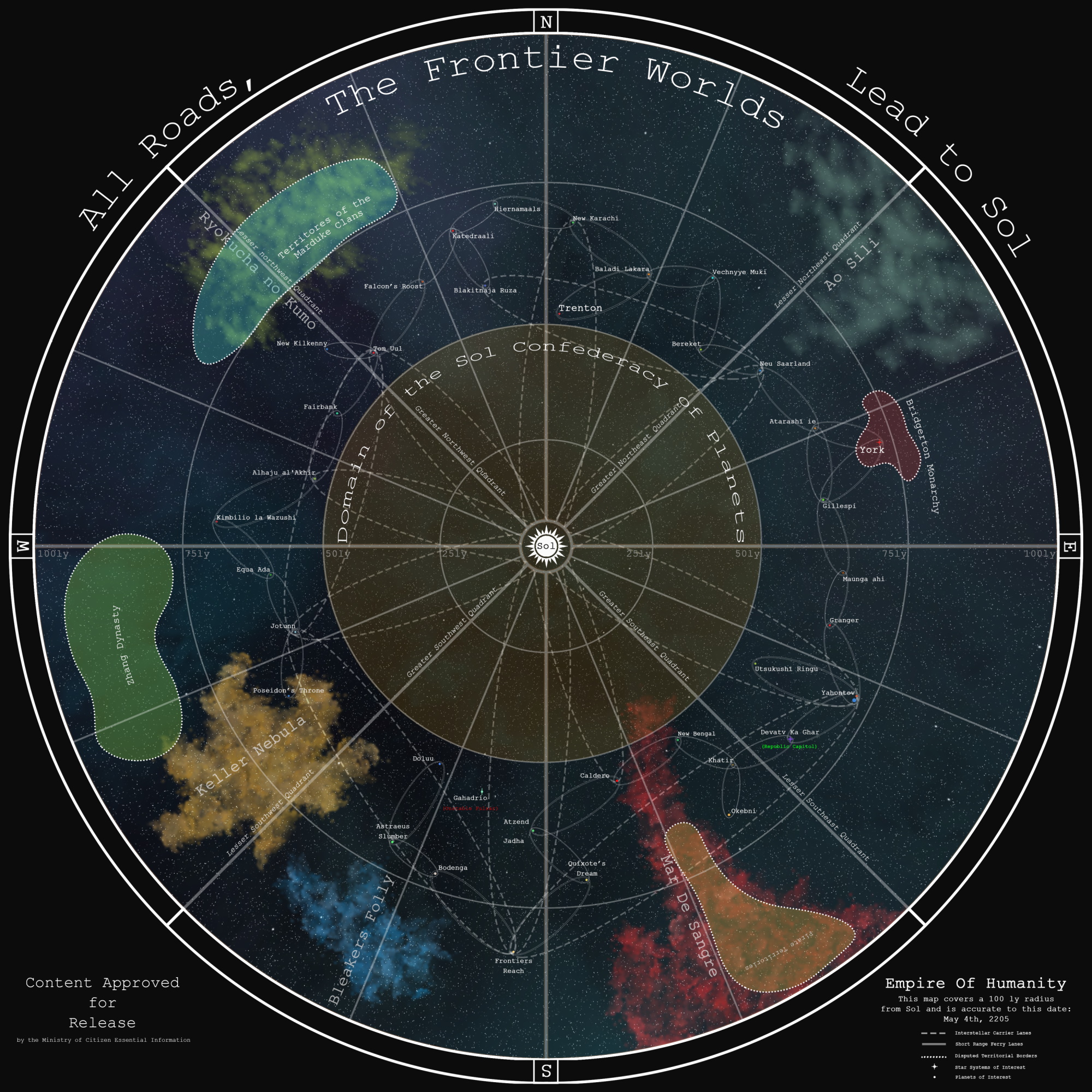 Each world is represented by hand crafted sectors upon which scenarios are scripted. Players may even create and share missions to be played on these same sectors. 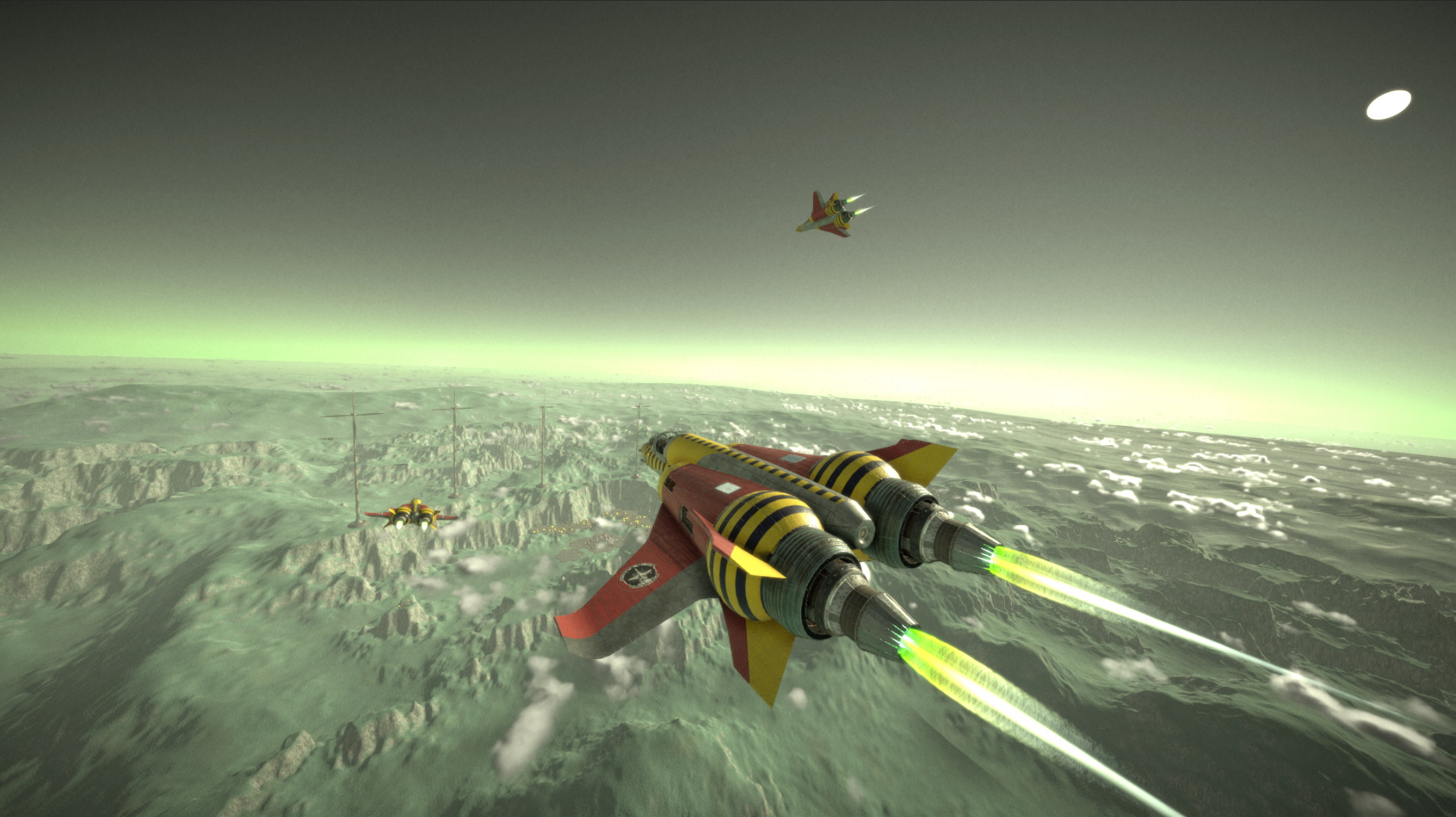